A 100km ride has been on the cards for me for a while, it's something that I've really wanted to do. As an aside I've attempted a ride with 2km of elevation a few times and always failed too. A couple of weeks ago I decided to set the May bank holiday at the end of May as the one. Ben said that he was up for it too so I set about plotting a route. 100km is actually not that easy to plot, it's quite a long way! I knew that the mach n back from nant is circa 60km, so riding from home would push that to 75km. A few tweaks to the route to add in some extra riding and there we go, 100km. Sunday morning rolled around, I opened my blinds and couldn't even see the houses the other side of the garden, utterly miserable weather. We had breakfast, got ready and rolled out at around 9am. Stoke was low as we were soaked before even getting to Penrhyncoch but once you're wet you're wet and at least it was warm. 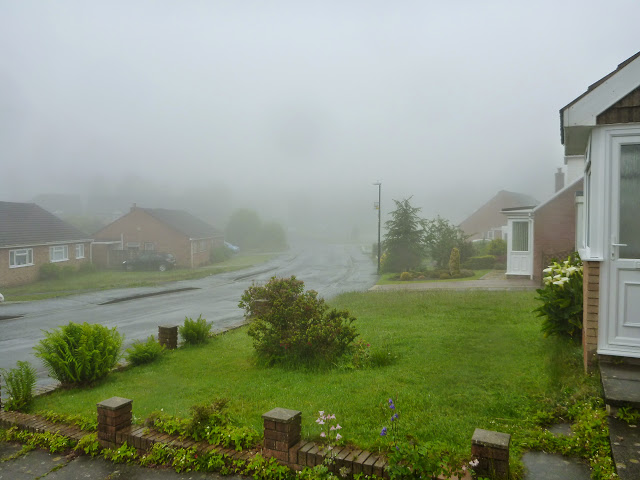 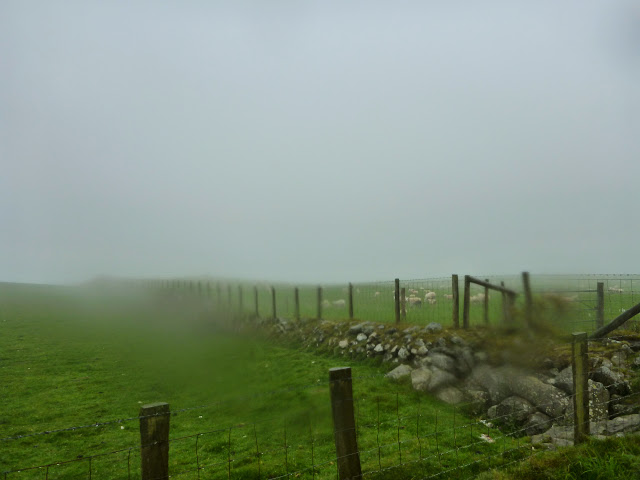 We picked up the conti trail at Bont Goch and headed straight out to to Syfydrin then Nant-y-moch, continuining to follow the conti loop. First, and only, mechanical of the day - I got a flat, something managed to poke a hole in my tubeless tyre but tube in and we were away again. We kept following the trail until the descent down to Hinterland valley, midway down this descent the cloud parted and we finally actually got a bit of a view. 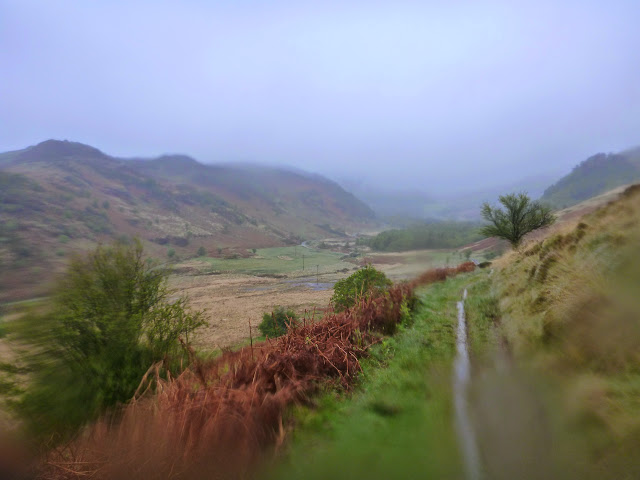 Onward we went up to the hockey mask descent which was rather rad, as usual. After that we started heading more directly toward mach. We hit a very, very slow section as we had to walk up a big gulley which took use quite a long time. 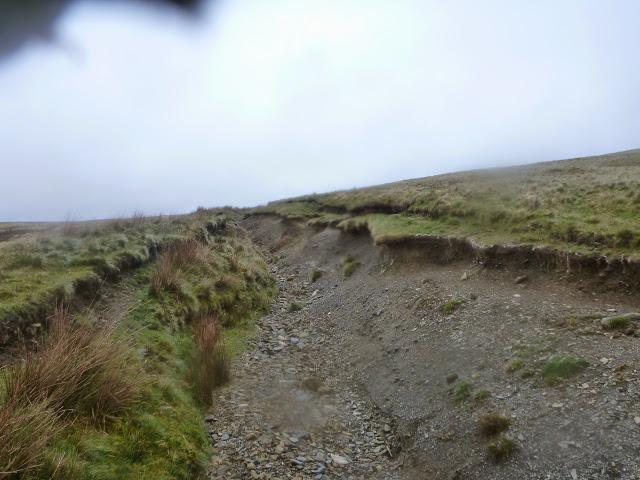 After that though it was plain sailing up to the chute. The chute itself was great, top totally on bedrock before becoming incredibly loose and shaley. By this point the day had brightened up and was really quite lovely. On we went until we descended the golf course and found ourselves in mach. 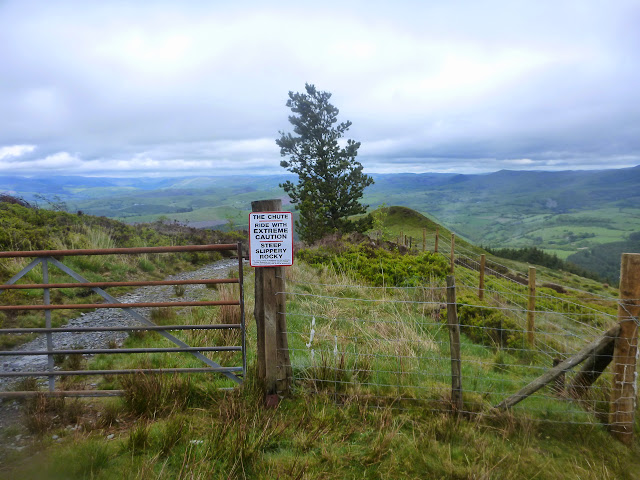 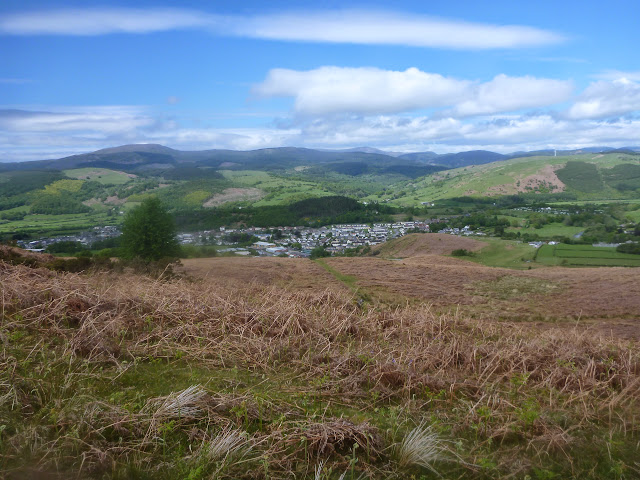 Spar for food and then we continued, nack toward nant. We knew that the way back was mostly climb and that was a little disconcerting. None of the climbs were as bad as we had remembered and gave us no problems. What was a problem was that I developed a splitting headache at around 60km and anything that was rocky just made it worse. I couldn't work out what was causing it and we had no choice but to keep going. Normally on a mach n back at Hyddgen we'd turn right and do Scaletrix but I'd plotted this route a bit different so we continued on toward Nant-y-moch. This trail was incredibly rocky and was doing my head absolutely no favours. I felt so bad that I couldn't even be arsed to navigate off to the bridge so we waded through the river, it was only knee height so not too bad! We had some food at this point including a load of wine gums, this I think was significant. After a while we got to Nant-y-moch crossed the dam and cracked on round. I had planned that we'd ride the Pencerrig descent but given my head I decided that'd likely be a bad idea so we rode the Syfydrin (section we'd already ridden) backward. My head had actually started to feel better by this point and by the time we were back at the Summit trail I was feeling fine. I'm reasonably confident that it was food/sugar related. We did a loop of the Pendam trail and the 100 was in sight. Down the moorlands and the new top of zorro before heading back via Banc-y-darren. We both hit 100km on the way back and even the climb back up to the Waun wasn't bad. Bike is need of some TLC now, even though I gave it a full overhaul on Saturday! 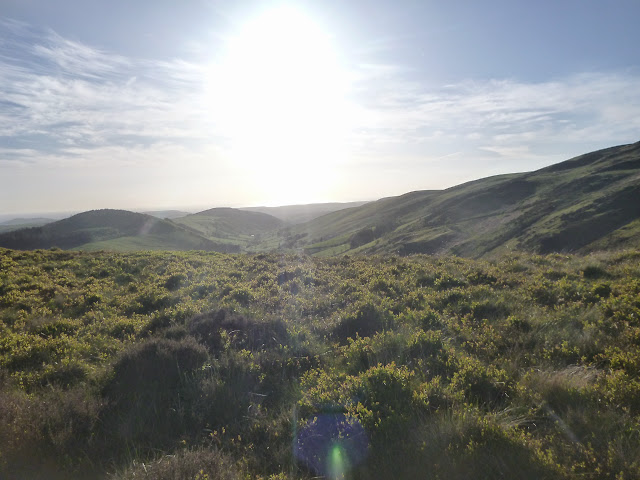 So we managed the 100km and also managed to rack up 2300m of climbing. We both also managed it quite comfortably, neither of us were struggling by the end and both felt quite good. The average pace 9.3km/h which is a bit slower than I'd like but tt's good to know that I'm capable of the distance and some lessons were learnt. The big one being food related. A cracking ride with a mixed bag of terrain, trails and weather!

So this is a ride that's been in my sights for some years now, it's not until recently I've actually acquired the level of fitness necessary to give it a bash though. What

About that time of year again, sure has gone fast! I was unsure how I was going to ride it this year: see how quick I could get round or just chill out