Today was supposed to be BPW but as the weather forecast was looking good we decided that we'd get Cadair done as that'd be miserable in rainy weather. The first few km were road and then fireroad, that changed to a couple of km of rutty, holey grass which was a bit push and a bit ride up. 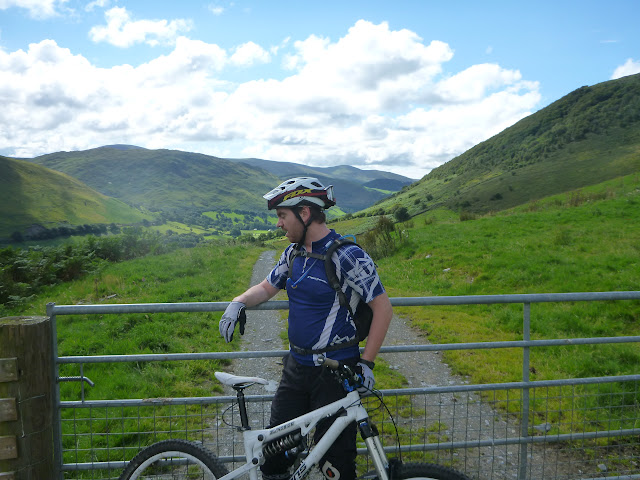 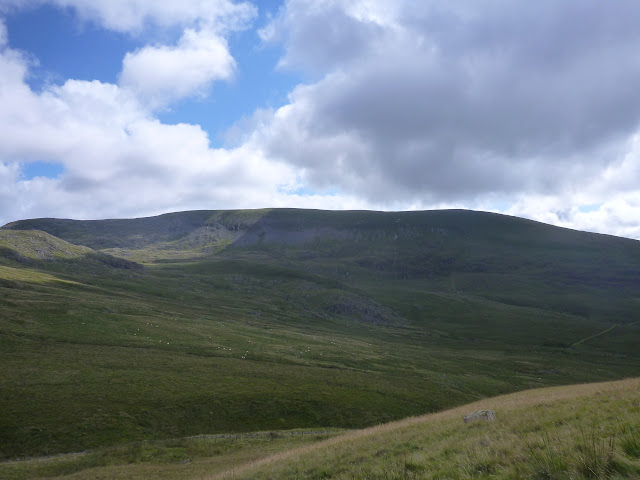 After that it was all pushing as it was nothing but rocks. To begin with the rocks were kind of large like paving slabs made into steps but after a bit become loose rocks of varying sizes, mostly baby head sized. The view up was pretty daunting at this point but luckily the path wasn't quite so bad... 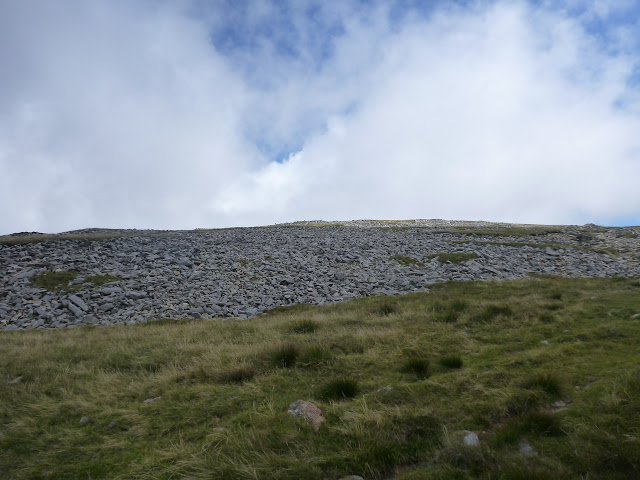 The whole while pushing this bit we were scoping lines, lines that we later totally ignored... On the video you can hear me shouting at Taylor for taking the hardest line down the worst bit, I didn't realise until I was already on it. Toward the top we started to be treated to some decent views. We were nearly at cloud level so it was quite cool looking out and having the top part of the occluded by cloud. Kinda hard to explain, a photo does it better! 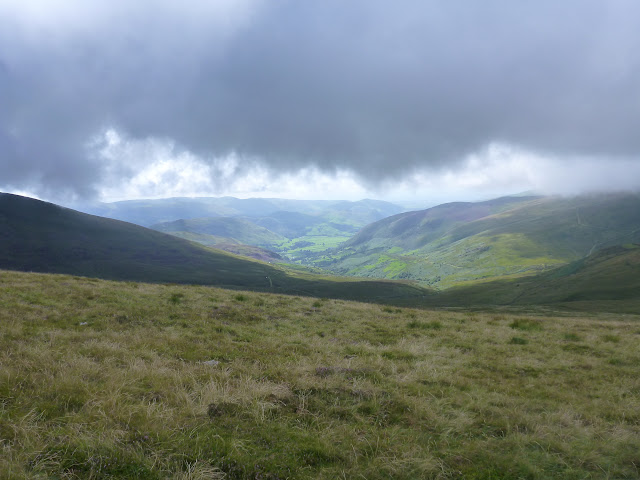 We didn't go quite to the summit but got near, the very last bit was quite busy with walkers and look quite difficult to ride so we just didn't bother with it. The view from up there was pretty decent too! 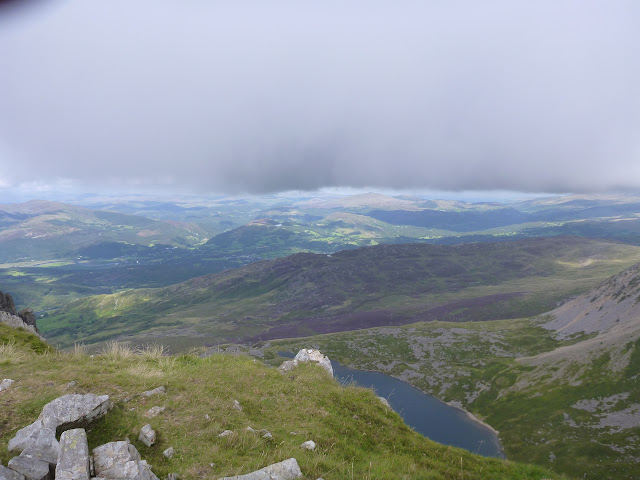 It took us around 2 hours 40 to get up there, around 800m elevation and 12km distance. We had some food and then DOWN. The top rocky bit was a little bit rad, properly technical and fun. At the bottom of that bit I saw a view that I thought might make a nice panorama, so I photo'd it.

After that it was still fun but nowhere near as good! We made our own little off piste way down some of the grass just to make it a bit more interesting and then it was just the fireroad. A good day out and one I'm happy I've finally ticked off the list. Also pretty rad to have ridden up and down a mountain in Wales! I stitched together some video of the top, it felt a loooot faster than it looks! We also had a bit of a moment at the end of the video.

Early start to get down to bike park Wales. We managed to get there at around half ten and after faffing around were ready to ride at around eleven. We were riding up

Today was supposed to be the woods and Nant. Taylor said that he wouldn't be around until a bit late on so we decided we'd do a nant loop. It took me until